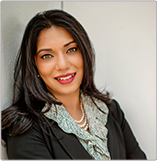 Anjali Nigam is a tenacious fighter. Her drive for success and dedication to her clients makes her a formidable adversary. While she is a fierce litigator she is also compassionate with her clients. Above all, Ms. Nigam takes the time to listen to her clients and understand their claims.
READ MORE